We co-create life-changing community connections for Canadian families of children with varying abilities. Connections with each other and with support help transform stress into relief, discouragement into hope, helplessness into empowerment, and isolation into togetherness. 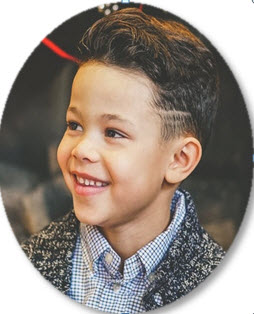 Today, I look at my son Maxim converse with others, laugh and make friends. But it was not always like this!

At home, crying, screaming and anger were on the menu. Tantrums in daycare when a game was changed. Maxim could not express himself. He seemed unhappy. He did not understand the basic rules such as … leaving his clothes in his locker, putting away his pencils, and changing classes for gym or music. He played hockey, all alone, without even paying attention to other players. He had no friends; was never invited to anybody’s party. I did not know how to approach it … After 6 years of being told that my son is not a priority, a teacher gave me references to help my son. The diagnosis was confirmed: a form of autism.

In search now for therapy to help him, I made many calls to hospitals, CLSCs, private clinics, to be told “no”. They refused us, because he is too old, we are too far, he is not quite disabled enough, or simply because the wait times reach 2 to 4 years.

Finally, I found Buds in Bloom. Someone met with us, and took the time to listen. Rare nowadays. An occupational therapist met with Maxim, and he accepted her, and cooperated with her requests! We made a plan of action with my son. Day after day, small victories began. My son is opening up to us, understands us, understands himself, and most importantly, we now understand him, thanks to the advice of the occupational therapist and the team of interventionists.

I could shout from the rooftops that the Buds in Bloom network partners are excellent, extraordinary. I think the simple fact that Maxim communicates, listens, participates and interacts says a lot more about this organization. My son independently gets ready in the morning, writes his responsibilities in his diary, and gets invited to parties. He even fits in the group! Today, Maxim seems happy, fascinated with life and playful.

Thank you with all my heart to all the team!

Elaine, the mother of Maxim, 9 years of age

When I gave birth to my twin daughters I was thrilled. As my girls were developing, I noticed that my younger twin was always lagging behind the other. She was behind physically, socially and verbally. When I expressed concern to my paediatrician, she assured me that she would catch up. At her 1st birthday, her vocabulary was one or two words; she was very selective with who could approach her (mom, dad and siblings only). She had no imaginary play and was physically weak, and had poor coordination.

I didn’t want to wait and see if she would catch up, and I found out about Buds in Bloom who referred us to occupational therapy and speech therapy … Soon after we began OT, my daughter was diagnosed with autism … During that year my daughter received OT therapy, music therapy, speech therapy, pre-reading and swimming, and was in daycare four mornings a week (yes we were very busy!). We continued OT visits twice a week for 6 months, and then decreased to once a week… Almost two years later my daughter is now at her appropriate age level in speech; she has lots of friends at her new pre-K school, and has an amazing imagination. When we went for a visit to the autism clinic, we were told, after many diagnostic testing, that my daughter no longer qualifies for the diagnosis of autism; she no longer has autism.

Although we as parents are very pleased with our daughter’s progress, we realize that early intervention is key. Occupational therapy plays a crucial role in our daughter’s progress. We are presently devoting a great deal of attention on my daughter’s fine and gross motor skills such as handwriting, balance and coordination. I am quite optimistic that with the help and encouragement that my daughter receives from … Buds in Bloom …, she will be just fine! 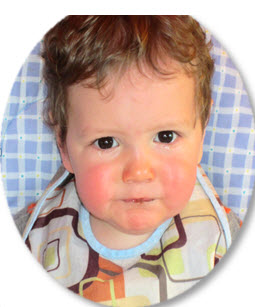 We were worried because Mathieu was 12 months old and still unable to eat any food beyond purees. Whenever he tried to eat solid foods, he would immediately vomit upon swallowing.

We attempted to schedule an appointment to see an occupation therapist through the public system. The Hospital requires a referral from our paediatrician just to open a file to begin the process that would eventually lead to appointments. After spending several weeks of unsuccessful attempts to obtain the necessary paperwork from our paediatrician, and realizing that we did not know how long the wait time would be before our first appointment, we decided to turn our research to the internet in order to consult an occupational therapist as soon as possible. This is how we found Buds in Bloom.

Just a few days later, an occupational therapist visited our home. From the moment we met her, we felt her passion for children and her desire to help Mathieu. She suggested different exercises and methods that would help Mathieu eat like others of his age. Today, Mathieu is 20 months old. He has completely caught up from his delays. A huge thank you to our occupational therapist from Buds in Bloom for her excellent analysis as well as judicious recommendations.

Learn how you can contribute today.